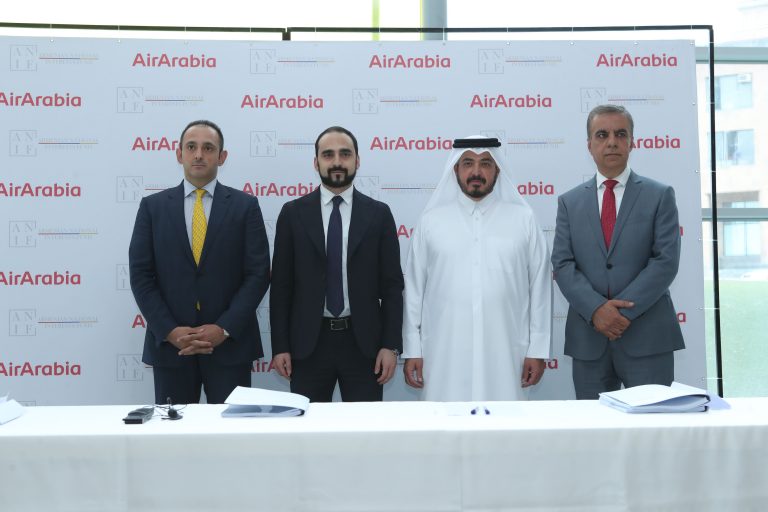 On July 14, Armenian National Interest Fund (hereinafter – ANIF) and Air Arabia signed an agreement on the establishment of a new national airline of Armenia. According to the agreement, an independent joint airline will be created, based on the Yerevan Zvartnots International Airport.

As a result of the event, questions of public interest were discussed at a press conference. The answers to frequently asked questions are below.

What was the purpose of creating a joint airline with Air Arabia?

In addition, the creation of a joint venture with the largest low-cost airline in the Middle East and North Africa is important in terms of investment competitiveness.

Why are public funds invested in a joint program with a foreign company? Is this allocation of public funds efficient?

We believe more than efficient. The creation of a national airline together with one of the world’s leading low-cost airlines is beneficial both in terms of business and investment reputation. This is not an expense, but an investment in a forward-looking business plan that will create additional economic value.

Isn’t it more efficient for Armenia to manage a national air carrier without the participation of another company?

To give an exhaustive answer to this question, previous experience was studied in detail, many professional calculations were made and specialists came to the conclusion that the most effective model is a joint program with a partner with many years of experience in this area. Air Arabia provides a unique opportunity to take advantage of both an efficient business model and many years of successful experience in the field of air travel, which is a significant competitive advantage for the new national airline. In addition, cooperation with a company with such extensive experience provides an opportunity for joint effective risk management in areas that are difficult for the tourism sector (like in 2020).

Can an enterprise with the participation of a foreign company be called a “national air carrier”? Isn’t this a commercial air carrier?

From a legal point of view, the name “national air carrier” does not imply any regulation not only by the legislation of Armenia, but also by many other countries. However, the newly formed company is the only air carrier, about half of which is owned by the state thanks to the ANIF fund. We believe that such a significant participation of the state is the basis for the name “national air carrier”. We believe that a competitive business model is the key to the success of any business initiative. The new company will not have government sponsorship or government subsidies. We do not think that the subsidy is an efficient use of taxpayer funds. Through ANIF, the government has invested in a commercially promising program that is the best way to invest. The national air carrier should not be a burden for the state, but, on the contrary, should create additional economic value. This joint venture format is the most effective.

What is the proportion of the parties?

We were guided by the following principle: a partner, in this case Air Arabia, having the necessary capabilities and experience to fully manage and implement the program, must have certain operational levers, such as, for example, the appointment of the company’s management team, of course, with our consent.

How will the company be managed, what model will it work? Does the word “budget” mean that tickets will be sold at affordable prices?

The new airline will be governed by a board of directors appointed by a joint decision of Air Arabia and ANIF. The company will operate under the Air Arabia budget business model. The company will apply a dynamic competitive pricing policy typical of low-cost airlines.

Will there be Armenian specialists and pilots on the staff of the company? How will the personnel policy be implemented?

The new base of the joint airline will be Yerevan, the management team of the company will be appointed as a result of a joint decision, and further staffing will be carried out by the management of the new company. One of the company’s goals is to create new jobs; Armenian pilots, engineers and crew will be involved in the staff.

Why was the name of the company decided on the citizens proposals?

When will the airline start operating?

The operation to obtain an aircraft operator certificate will soon be completed, which will allow the airline to start work. Additional information on the launch date, personnel and directions of air transportation will be announced soon.