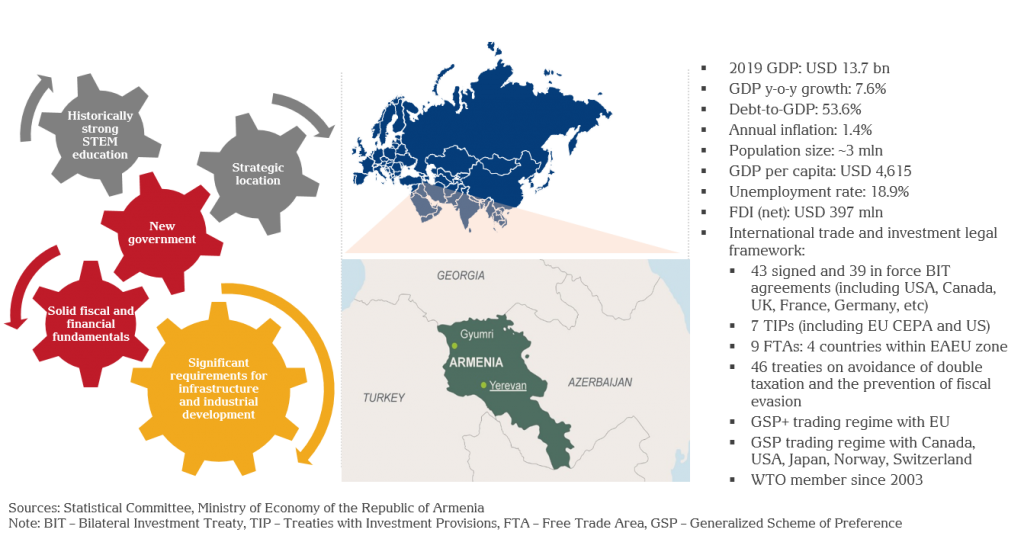 Armenia ranks in 34th place and is classified as “mostly free” in the 2020 report of Index of Economic Freedom by Heritage Foundation, improving by 13 positions. This is the highest rank among other EEU countries, as well as ahead of many EU economies (France, Spain, Italy, Belgium and other).
Doing Business ranks Armenia in 47th place with the total score of 74.5 among 190 economies in its 2020 report. In the “starting a business” sub-index, Armenia ranks in 10th place with a score of 96.1, exceeding the average regional score of 90.5 (Europe and Central Asia).
In the 2019 report of Global Competitiveness Index, Armenia ranks in 69th place out of 141 economies.
Armenian economy grew by 7.6% in 2019 – the largest recorded GDP growth since 2007, as well as the highest growth among peers as per the Asian Development Bank data.

Top 5 sectors contributing the most to the country’s GDP are industry, agriculture, wholesale and retail trade, real estate activities and construction, accounting together for 49% of the GDP in 2019. 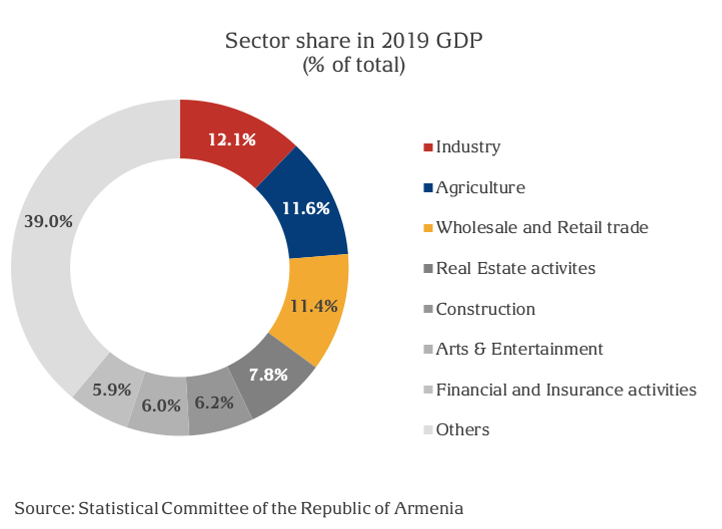 Transfers from abroad have always been a significant part of Armenia’s economy, and reached almost 14% of GDP in 2019.Historically, the biggest part of remittances inflows to Armenia come from Russia and the US.

The top exported products are copper, tobacco, spirits and gold.

The Central Bank of Armenia has been exercising an inflation targeting strategy with the confidence band of 4% ± 1.5 pp. In 2019, inflation in Armenia was at one the lowest levels among the peers, which also makes Armenia more competitive in terms of tourism.