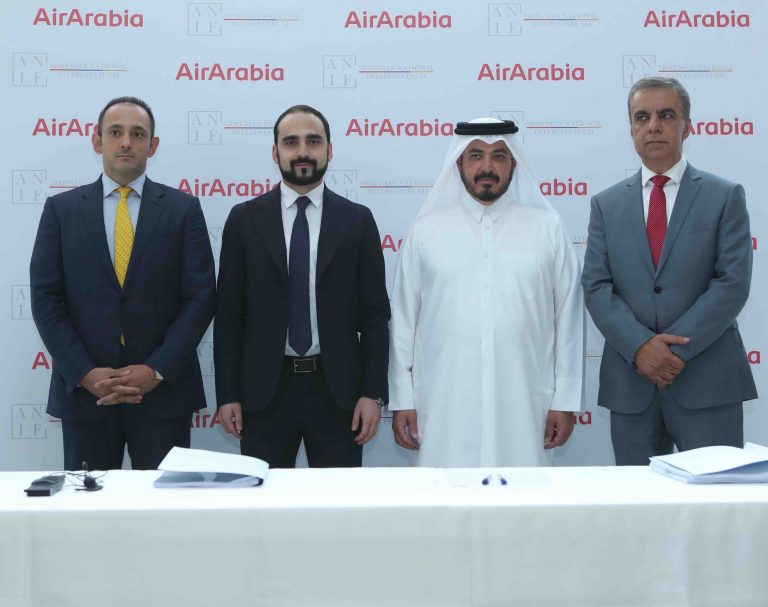 The name was chosen by the Board of Directors of the joint venture company from over 500 suggestions received in response to the ‘Name the Airline’ competition announced in July 2021. Following a comprehensive review, the name of the airline was chosen as ‘Fly Arna’ – with the word ‘Arna’ being derived from the name “Armenian National Airlines” by combining the first two letters of the words “ARmenia” with the first letter of “National” and the first letter of “Airline”. The competition aimed to engage the citizens of Armenia to participate in naming their new national airline reflecting the commitment of ANIF and Air Arabia Group to promote stakeholder participation.

“I thank everyone for the active participation in the contest. It is both inspiring and a sign of a shared vision of a successful endeavour we all aspire for the project,” said David Papazian, CEO of ANIF. “Despite the current challenges of the pandemic, we are confident of the new opportunity that exists for “Fly Arna” to deliver a winning proposition that will benefit the nation and our people.”

Adel Al Ali, Group Chief Executive Officer of Air Arabia, said: “The new name represents the aspirations of the people of Armenia and is the result of a national competition, underlining how the joint venture company prioritises the interests of the community. “Fly Arna” will mark the beginning of a new era for Armenia’s aviation sector, and also create significant value to the economy by boosting the tourism, hospitality and business sectors.”

More than 800 participants suggested the 500 names via email and on ANIF’s social media pages. The name was chosen to be most inclusive and reflecting the spirit of the joint venture company to transform the aviation sector of the country.

“Fly Arna” will operate as a low-cost passenger airline with Yerevan’s Zvartnots International Airport (EVN) as its base. The company will apply for the Airline Operation Certificate in the coming weeks. More details about the launch date, fleet, and destination network will be announced in due course.